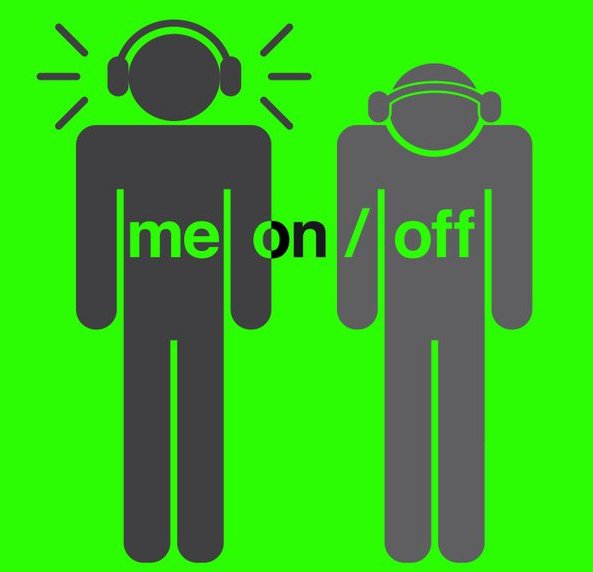 A certain fondness for dreamy postrock and shoegaze, but without losing sight of the dance floor. Me On/Off are a duo, yet sound almost like a full orchestra – hyperactive rhythm section included. If the French or Italian cinema of the Fifties or Sixties would still exist, Me On/Off would probably write the soundtrack for it. Thanks to the innovative live visuals, a Me On/Off show is a complete audio-visual experience.
Founded in 2010, the band already has some quite special shows under its belt, among them a concert supporting The Notwist at Karlstorbahnhof, Heidelberg and a co-headliner show with Heidelberg’s most famous DJ, Move D, at the two-day open air event „Mondrausch“.
Starting in summer 2010, Me On/Off recorded their first album, „time“, at Heidelberg and Blieskastel with Patrick Destandeau, a live and studio engineer who also works with notable artists like The Busters and Omar Sosa. The album features eight tracks and is a perfect blending of computer-based programmings and acoustic instruments. It was mastered by Patrick Destandeau and David Moufang (a.k.a. Move D). The concert at Karlstorbahnhof supporting The Notwist doubled as a CD release-party, with more than fifty copies being sold that first night.