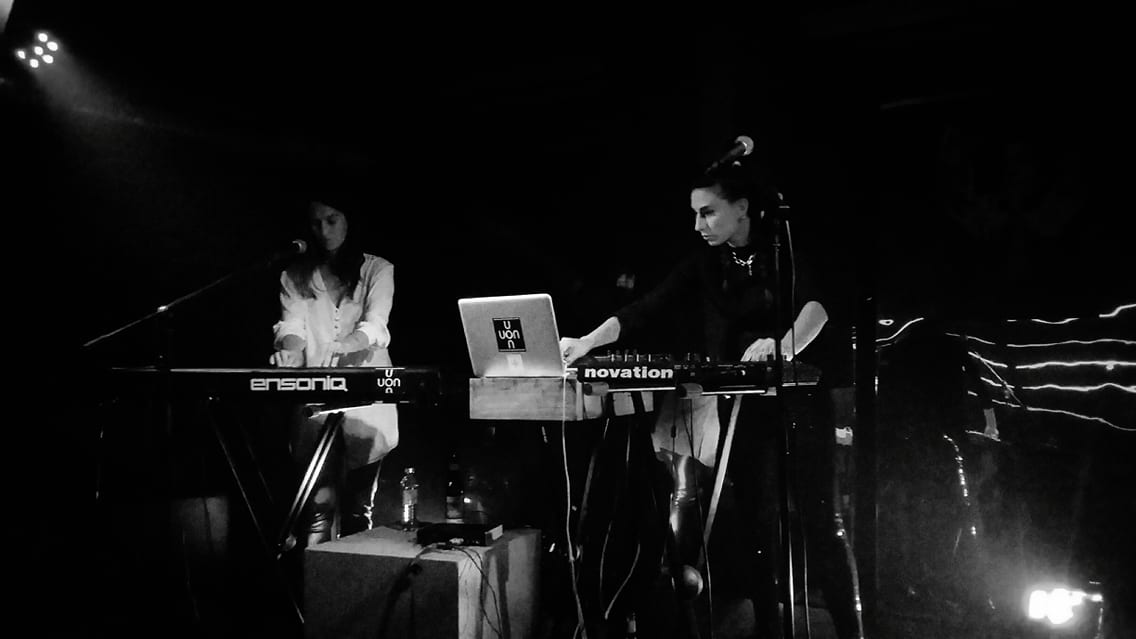 The Berlin-Copenhagen based duo uon represents a new kind of synth-electro, in which industrial beats, playful organ, synthesizer and strong vocals mix.

Anna Sharifi is a Danish-Iranian producer and songwriter. She comes originally from jazz, but in Berlin she has discovered her passion for the electronic club scene. In her compositions her past in the jazz, her crush on techno and her partly Scandinavian, partly Oriental origins glister simultaneously. In 2015 she met Nina Branner, a Danish pianist and Indie rocker, and that was when the seed to uon was planted.

Since April ’18, the live act is teaming up with the female-pushing-management and booking agency WHO’S THAT GIRL

uon’s first EP “evoL” was released digitially in June 2018, and they are now working on their second EP which is due in Fall 2019.